May 2020:
Congratulations to the Mueller lab graduates, Marie Ramirez and Taryn Broe, who graduate with their Bachelors! The lab wishes them all the best for the future.

October 2019:
Congratulations to Cassidy Cooper from the Eme lab on the publication of her study on thermal tolerance and oxygen consumption in South American tetras (10.1016/j.jtherbio.2019.102434)! Thanks for including me as a collaborator on your study!

August 2019:
The Mueller Lab welcomes Marie Ramirez and Gabrielle Diaz as two new undergraduate researchers this Fall! Check the lab members page soon to learn what they will be up to. Taryn Broe will continue her undergraduate experience and Lindsey Korito will begin her Masters!

June 2019:
Our manuscript describing the immediate and persistent effects of temperature on oxygen consumption and thermal tolerance in embryos and larvae of the Baja California chorus frog has been accepted by Frontiers in Physiology (doi: 10.3389/fphys.2019.00754). Congratulations to Samantha Manzanares, Lindsey Korito and Julie Bucsky who all contributed to the research and are now published authors!
​
May 2019:
Congratulations to Christopher Melendez who is now a Master of Biology!! Chris successfully defended his Master thesis on May 3 titled 'Effects of Constant Temperature and Thermal Shifts on Survival, Morphology, and Oxygen Consumption in Rainbow Trout (Oncorhynchus mykiss) Embryos.' Chris will begin a Ph.D. with Dr. Warren Burggren at the University of North Texas in fall.
​
January 2019:
Congratulations to Morgan Scheffler who is now a published author! Our paper on metabolic compensation in copepods in collaboration with Dr. Felipe Barreto at Oregon State is now published in Comparative Biochemistry and Physiology A! https://authors.elsevier.com/a/1YUUq_OwNl52nL
​
January 2019:
The Mueller lab welcomes Taryn Broe, Lily Jorrick and Brianna Velasco in the lab this semester. Taryn is a senior at CSUSM, while Lily and Brianna are students from Palomar Community College volunteering in the lab through the North San Diego County Bridges to Future Program. 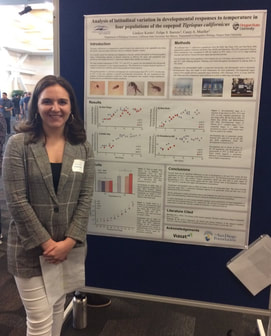 August 2018:
Congratulations to Lindsey Korito who presented her summer research at the CSUSM Summer Scholars Showcase and was awarded a $500 travel award to present at a scientific conference! Great work Lindsey!
April 2018:
The Mueller lab takes over Experimental Biology 2018 in San Diego! Chris Melendez attended his second EB, while Samantha Manzanares, Lindsey Korito and Sabrina Kazem experienced their first conference!
​March 2018:
Congratulations to Lindsey Korito for being awarded a CSUSM Summer Scholarship to continue her research in the lab this summer!

February 2018:
The Mueller lab welcomes Janet Solano-Sanchez in the lab this semester. Janet is a student at Palomar Community College and is volunteering in the lab through the North San Diego County Bridges to Future Program. She is exploring if research is a career she would like to pursue in the future.
​
December 2017:
The Mueller lab is proud to congratulate Morgan Scheffler on being accepted into medical school! Morgan will continue her education at The Edward Via College of Osteopathic Medicine (VCOM) in Virginia. Congratulations Morgan!!
​
September 2017:
The Mueller lab is excited to welcome four new undergraduates to the lab this semester! Chris Melendez will also be beginning his Masters program, making for a busy year ahead in the lab. Visit the Lab Members page to learn more.
​ 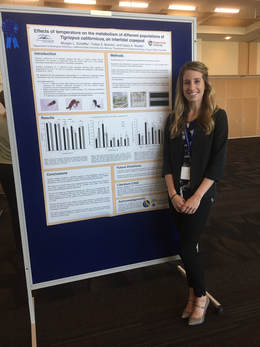 May 2017:
Congratulations to Julie Bucsky, Morgan Rentschler and Chris Melendez for graduating with their Bachelor's!

April 2017:
Chris Melendez is famous! He appeared in an ABC10 news story about the CSUSM Summer Scholars Program he participated in last summer! Check it out below:
​April 2017:
More congratulations for Morgan Rentschler who has been awarded a CSUSM Summer Scholarship to continue her work on copepods in the Mueller lab this summer!

January 2017:
Congratulations to Morgan Rentschler who has been awarded a COAST Undergraduate Student Research Award to perform her senior undergraduate thesis on marine copepod metabolism!

November 2016:
The Mueller lab participated in a CSUSM tour of MiraCosta College and Palomar College students from the North San Diego County Bridges to Future Program in late October. Here is an article about the program and tour: news.csusm.edu/building-bridges-leads-to-student-success/ Our very own Chris Melendez features in the photos!

September 2016:
The Mueller lab is proud to welcome three new CSUSM undergraduate students who will be working on a range of projects. Visit the Lab Members page to find out what they will be up to! 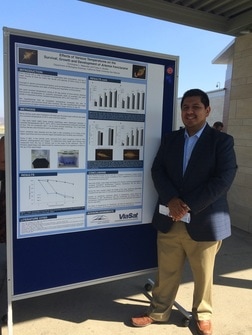 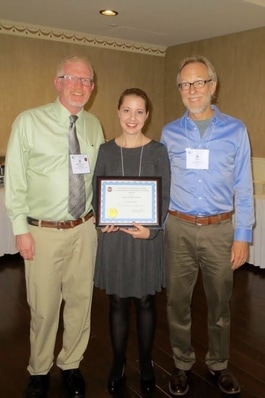 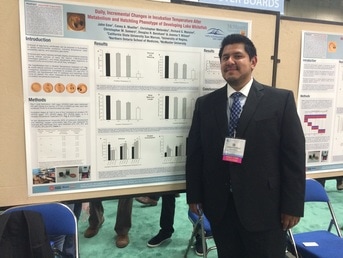 April 2016:
​CSUSM Undergraduate Chris Melendez presented a poster for the first time at Experimental Biology 2016 in San Diego! The poster detailed the effect of daily cycling temperatures on lake whitefish development.
Dec 2014:
​The Lake whitefish project at McMaster University received some press, click on the links to read more or watch the video below:
Powered by